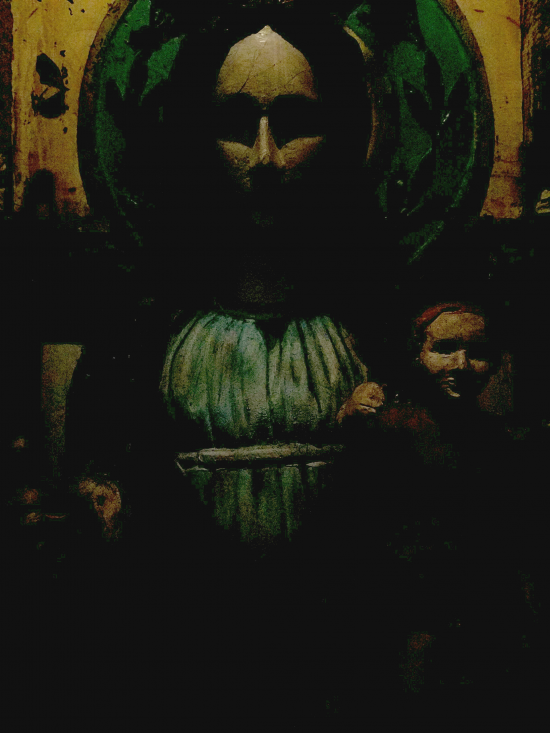 We were walking around downtown Monterey at night, and suddenly found ourselves on the wrong side of the street, where the sidewalk suddenly stopped and turned to dirt. Not wanting cross in the middle of the block, we continued down the hill, alongside a very tall wall. It turned out that the wall belonged to San Carlos Cathedral.

When we turned the corner at the end of it, we found an odd shrine against the wall, away from everything else. In the display case were these figures, which I believe are the Virgin Mary and baby Jesus, lit by a very dim bulb. The case looked as though it hadn’t been cleaned in a very long time, as there was a great deal of dust and spiderwebs inside of it, but of course that made the photo opportunity even more appealing.

The only post-processing that was done was for exposure, since the light level was so low.

Here is a view of the shrine during the day.