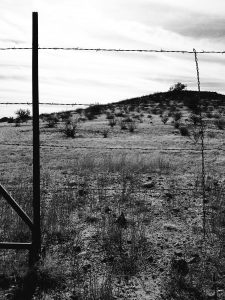 Years ago, when cell phone cameras were in their infancy, I started a project I called c3. I would shoot photos on my cell, as-is, with no after effects or photo manipulation. Because the quality and resolution were so terrible, it often produced wonderful images. Now, however, with cell phone cameras having the same resolution of many digital SLRs, it’s harder to get that kind of image without resorting to filters. What I’ve done here to try to recapture the spirit behind that. This was taken using only the in-camera “pro” features, which include shutter speed, ISO, and focus. Since the camera has no B/W mode while shooting, that was the only thing applied after the shot, with no additional filtering or manipulation.

This was more of an experiment in re-familiarizing myself with a camera than anything else.